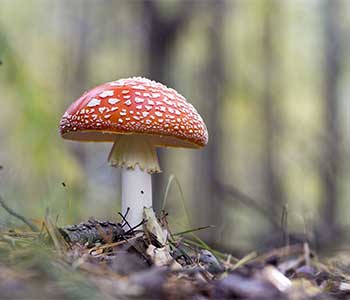 The five principles of soil health

The Nuremberg wine merchant and trained chemist Martin Kössler has thankfully sent me the essay "The Five Principles of Soil Health" by the Australian soil ecologist Christine Jones. In his opinion, everyone involved in agricultural products should have read it. I can only agree with this, which is why I have summarised the paper here. The nine-page original is recommended.

There is a spirit of awakening in agriculture in many places. The younger generation of farmers in particular is looking for alternatives in the face of climate change and the threat it poses to their livelihoods. Out of monoculture and off systemic chemical herbicides towards regenerative agriculture such as biodynamics, permaculture, agroforestry and others. The aim is above all to build up humus for a permanently living and fertile soil. For arable land that absorbs rainwater even in large quantities, survives dry periods undamaged and stores CO2 instead of emitting it. The Austrialian soil ecologist Dr. Christine Jones and founder of Amazing Carbon defined the basics in her much-cited article "Five Principles for Soil Health". Here is the summary.

Over the last 150 years, the world's best topsoils have lost between 30 and 75% of their carbon, and with it fertility and profitability. The quality of about 30% of the world's arable land has deteriorated so much in the last 40 years that it has had to be abandoned. Against the backdrop of a growing world population, the restoration of these topsoils is more urgent than ever, according to Jones.


Soil dysfunction also affects human and animal health. Over the past 70 years, the nutrient content of virtually all foods has dropped by between 10 and 100%. Today, one would have to eat twice as much meat, three times as much fruit and up to five times as many vegetables to take in the same amounts of minerals and trace elements as in 1940. Figures for vegetables and meat on page 1 in the paper. The decrease in mineral content in meat and dairy products reflects the fact that the content in the animals' plant feed has decreased.

The reason for this is probably the so-called dilution effect: the higher the crop yield, the lower the mineral and nutrient content. However, this effect is not observed with high-yielding arable crops that grow on biologically active topsoil. For these, the nutrient content is even higher. Around 85 to 90 % of the nutrient uptake of plants takes place through the involvement of a wide variety of microorganisms. The majority of these microbes react to carbon components secreted by the roots of actively growing green plants. They are negatively influenced by the use of -cides: herbicides, pesticides, fungicides, insecticides.

The function of the soil ecosystem is thus determined by the presence, diversity and rate of photosynthesis of actively growing green plants - as well as by the presence or absence of chemical toxins.

On the principles of soil health

If these principles of soil health heal soils and agriculture alike, soils and plants become more resilient to negative climate change - and a significant contribution is made to climate protection.